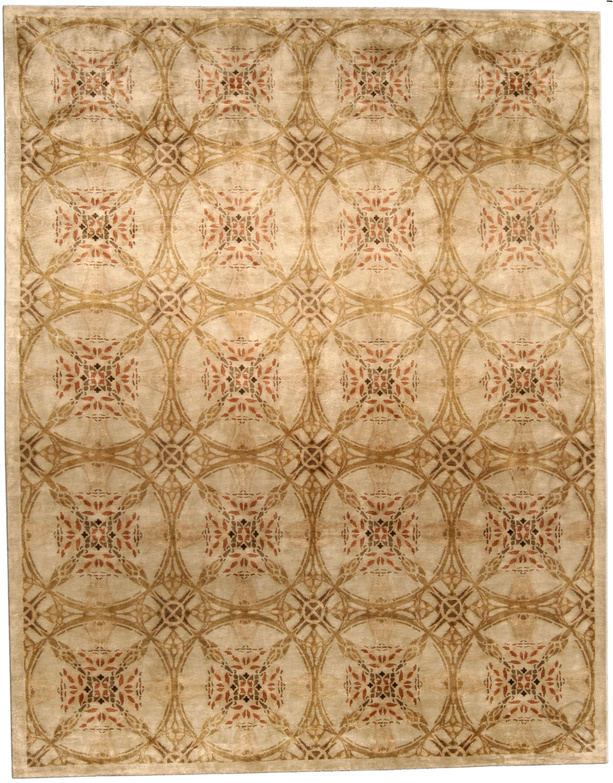 Tibetan rugs are an extremely intriguing category which, together with the tormented people of Tibet, has survived the hardest vicissitudes of life.

Tibetan wool rugs reach back hundreds if not thousands of years, however it is extremely difficult to find evidence on early Tibetan weaving as it started off as a lowly craft and was barely mentioned in early writings. The only occasional notions regard more elaborate Tibetan carpets made for the higher layers of society and prominent religious figures. In 923 AD, the people of Tingri and Saga popularized the “Lhaewu” or “Glide” – a craft which was the base for the later creation of the authentic Tibetan technique. In the early 11th century, Nyachi in Shigatse, a region located in western Tibet, was the main center of rug production in the country. It is there, the development of the craft was initiated to reached its final stage in the 17th century. 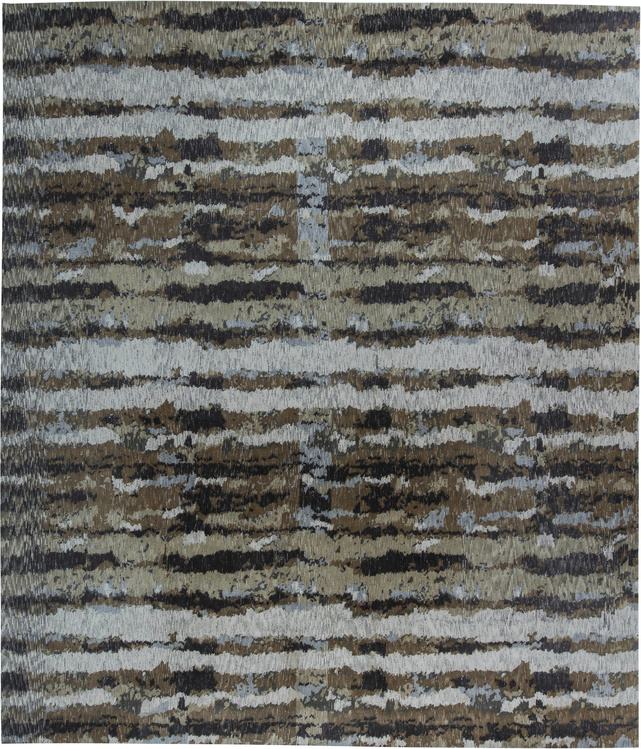 Some mentions on genuine Tibetan rugs exported to the western countries began emerging in the 1880s, however it wasn’t until the dawn of the 20th century that the first detailed accounts of Tibetan rug craftsmanship were made by two Englishmen who entered the territory of Tibet with the British Invasion. Their names were Laurence Waddell and Perceval Landon, and both described a weaving workshop they encountered near Gyantse, en route to Lhasa. Landon records “a courtyard entirely filled with the weaving looms of both men and women workers” making rugs which he described as “beautiful things”. The place, owned by one of the local aristocratic families, must have been making absolutely fabulous Tibetan rugs to make such an impression on English gentlemen. More simple and ordinary Tibetan wool rugs were produced at homes, outside of the established weaving centers. The scale of production may be illustrated by the fact that Tibetan carpets were regularly ordered by monastic institutions which housed thousands of monks who sat on long, flat platforms almost always covered with meticulously hand-woven rugs. Wealthier and more affluent monasteries replaced these carpets on regular basis providing income to the artisans, or took them in lieu of taxation. No wonder, Tibetan wool rugs experienced their heyday in the 19th and early 20th centuries, providing the people with their cushy piles and mesmerizing designs.

The Troublesome Period for Tibetan Carpets

Unfortunately, after the fantastic rise, Tibetan rugs fell into serious decline in the second half of the 20th century. Due to social upheaval and land collectivization, the power of landholding monasteries was reduced, whereas rural people were enabled to make a living without weaving. It resulted in many aristocratic families, who formerly organized the Tibetan rug production, fleeing to India and Nepal, along with their money, resources and management expertise. The revival of Tibetan wool rugs happened in the 1970s, but rather in Nepal and India than in Tibet.